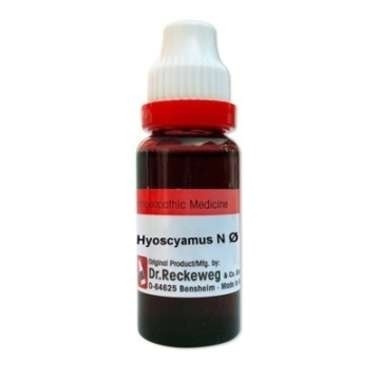 Hyoscyamus to treat emotional disorders like paranoid, suspicion and jealousy. People who benefit most from this homeopathic medicine are likely to be obsessed with feeling like they are being watched by somebody or someone is trying to poison them. In addition, they may also feel suspicious about others thinking that they are bent on deceiving or tricking them. At the same time, such people may display two different characteristics. While sometimes they may feel as outsiders or that they have been ostracized in their own private world, at other times, they may be very talkative or even remain quiet for several hours simply spending their time sitting at some place or staring at something. In addition, hyoscyamus is also prescribed to people suffering from epilepsy ; dry and spasmodic coughs as well as other conditions which may be accompanied by shuddering, jerking and cramps . In fact, this homeopathic medicine is useful for people suffering from a number of mental and physical disorders. Use under medical supervision.