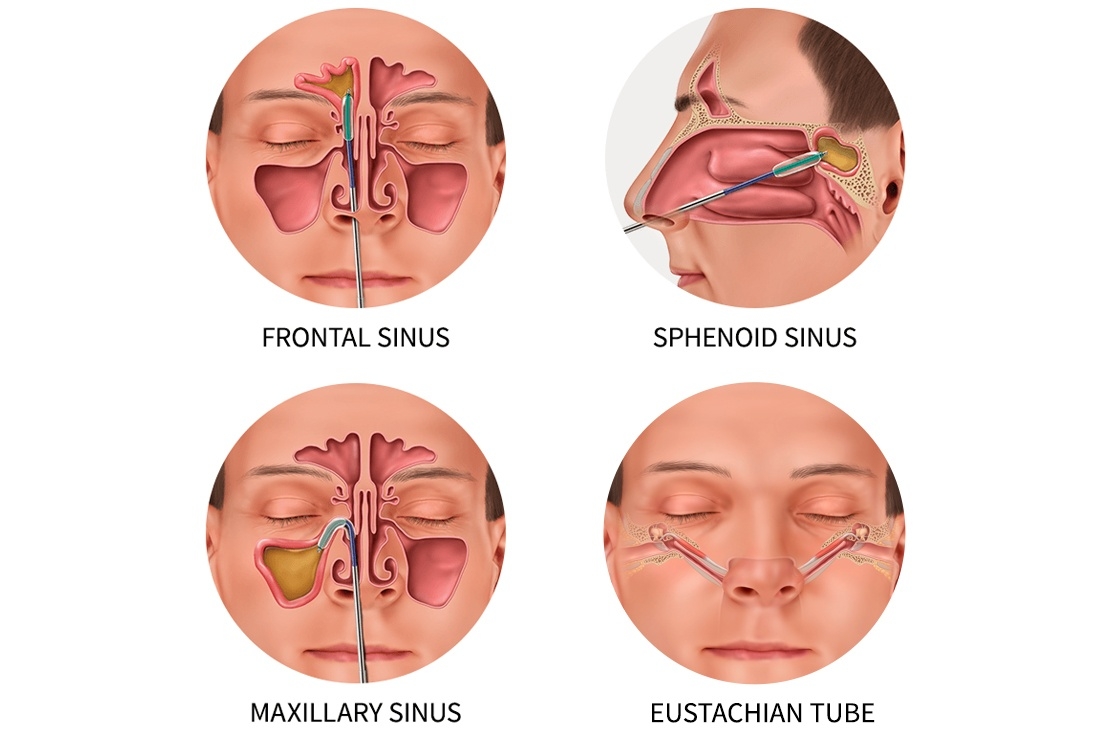 A sinus infection, also called sinusitis, is an inflammation of the air cavities in the bones around your nose and eyes, including the paranasal cavities. When drainage sites for the sinuses are blocked, they fill with mucus and you can feel pain and pressure.

Viruses: In adults, 90 percent cases of sinusitis result from a virus

Bacteria: In adults, 1 case in 10 is caused by bacteria

Pollutants: Chemicals or irritants in the air can trigger a buildup of mucus

Fungi: The sinuses either react to fungi in the air, as in allergic fungal sinusitis (AFS).

Acute sinus infections often start with inflammation from allergies or a viral infection (such as a cold) and sometimes develop into a bacterial infection.

nasal passage abnormalities, such as a deviated septum or nasal polyp

tobacco smoking or frequent breathing in of other pollutants

chronic sinusitis lasts longer than 12 weeks and can be caused by many different diseases.Also known as chronic rhinosinusitis, this condition interferes with drainage and causes mucus buildup. Breathing through your nose might be difficult. The area around your eyes and face might feel swollen, and you might have facial pain or tenderness.